Soundopamine is a duo live act combining warm micro cosmic grooves with the human touch. They are a fresh breath of air in the Romanian music scene, keeping the crowd craving for more.

Chris & Natasha are a lifetime musicians that met at the courses of the National Music University in Bucharest, back in 2012, creating their own everyday paradise soundtrack ever since.

They had a really busy 2017, touring around in eastern europe, being spotted playin’ in the most obscure locations but also on the stages of the nicest events & festivals around here. The duo – live act took part in the #wildmusictracks experiment in which they transformed a bus into a musical instrument on the way to Sunwaves Festival and they were also invited as production trainers along with Rhadoo, Mahony and Fouchat, in the Romanian DJ Bootcamp .

2018′ had even better energy, as they started by being nominated as one of the 2018 artists with a significant rise. The summer brought a collaboration with the Open Air crew in Portugal which culminated with a party under the stars in central Lisbon. Since then two vinyl releases came out : Moment ep (EPV001), Una cu Natura ep (EPV003) and some more digital goodies and video live-sets so you better start digging on their own label #everydayparadise.

On 6th of march 2020 they celabrated 6 years of activity with a massive party at Club Guesthouse in Bucharest with S.A.M & Varhat. 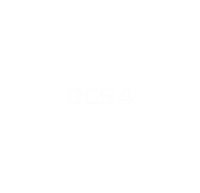